Hi everyone!  It’s been a whirlwind of a week for me, with some big news being made and awards being won.  Look for a more in-depth post coming in the next few days, but this evening I just find myself too darn mentally winded to talk too much about it.

So, instead, I’m going to offer an excerpt from my recetnly-published horror erotica novella, “Cemetery Menage.”  Please be forewarned – this story and the excerpt below are of an ADULT NATURE and contain scenes of graphic sexytime!  So consider yourself given due notice!  Read on…if you dare! 🙂

“Cemetery Menage” is available in a variety of formats, and you can click here to get it directly from the Publisher, New Line Press.

﻿﻿﻿The recollection of how she felt that night now sent a shiver through her. The mere memory of it was getting her excited; after a quick glance at the front window to insure the shades were drawn, she slipped a hand into her workout shorts and pushed her panties aside. Ashlee traced her pussy a few times, in gentle strokes, before dipping her finger deeper until it grazed her clit. Circling her clitoris slowly, she closed her eyes and pictured that night’s scene in her head.

She went over to the oversize chair where Stack was sitting. She was still thinking that the boys might be playing a joke on her; she playfully straddled him and leaned in over him. The amount of passion in the way that he returned her kiss, had stunned her, and soon, they locked in a deep, passionate kiss.

As Stack broke away to kiss her neck, she looked over at Alex and found him massaging the bulge in his pants. Throwing herself full on into the moment, she smiled seductively at him and gave him a come over here motion with her finger. He sprang out of his seat and quickly moved behind her. She grabbed the back of his neck and pulled him down into a rough kiss. The exhilaration of having two men kissing different parts of her body at the same time was indescribably wonderful.

She felt strangely empowered having both men at her command. It was a feeling she had never experienced and, since that night, had never felt again. Snapping back to reality, she stifled a yawn. She was determined to suppress how tired she was from her long day. She willed her mind to continue recalling her past fantasy. She moaned slightly while grinding harder against her hand and continued to think back.

After enjoying the lips of the two men, she stood up and grabbed Stack and Alex by the hand, “Now, boys,” she said, in her sexiest voice as she led them toward the bed on the far side of the room, “Ready to take this to the next level?”

The goofy grins on their faces gave her the answer she wanted. While not surprised that Stack was eagerly willing, she did recall feeling a little miffed that Alex was so ready, to do it. Nevertheless, she had quickly shrugged off any doubts as easily as she had shed her shirt, pulling it up over her head to reveal her lacy blue bra.

Ashlee loved the feeling of total control; both guys were clearly aroused just looking at her. She remembered pulling them both down onto the bed, Alex continuing to kiss her lips while Stack worked to remove her bra. Smiling at the memory, she felt her consciousness beginning to fade as her mind started to succumb to the pull of sleep. While she longed to complete replaying that wondrous night, she knew herself well enough to realize that once she started to fade, that it was a quick process until she was asleep, and here was nothing she could do to prevent it. A small sigh of contentment escaped her lips as she drifted off to sleep. She knew, if she couldn’t have Alex with her physically, that the memory of that wonderful night was enough to keep her warm. 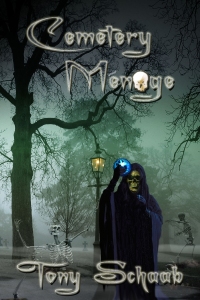 Happy 2nd Birthday to my biggest boy Dexter! We're celebrating in Lightning McQueen style today - ka-chow! ☺ ♥ 🏎
I'm the killer tonight - don't tell anyone! #MurderMystery #DinnerTheater
25 years ago today, how time flies - er, rather warps! Happy Anniversary #StarTrekVoyager (and a special shout-out to everyone's favorite perennial ensign @garrettrwang)! #StarTrek #BoldlyGo #ScienceFiction #SciFi #AmWatching
This game ain't right. #BearsVsBabies #gaming #BoardGames #AmPlaying #ExplodingKittens #TheOatmeal
It's been a great Christmas, but a highlight gift is from my amazing wife, who is taking me on a bucket-list trip to Kennedy Space Center next month! 😍 🚀 🌟